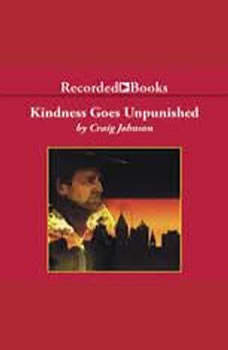 Craig Johnson’s Walt Longmire mysteries are critically acclaimed. Longmire’s third outing takes him from Wyoming to Philadelphia to investigate a brutal assault on his daughter Cady. Walt believes her ex-boyfriend is behind the crime, and searches him out. But when he turns up dead, Walt is back to square one.

Hell is Empty
by Craig Johnson

As the Crow Flies
by Craig Johnson

Death Without Company
by Craig Johnson

From Craig Johnson, author of the acclaimed novel The Cold Dish, comes this enthralling Sheriff Walt Longmire mystery that received a starred review from Kirkus Reviews. With a distinctive literary flair, Johnson leads us into the wide open spac...

The Dark Horse
by Craig Johnson

The Spirit of Steamboat
The Walt Longmire series