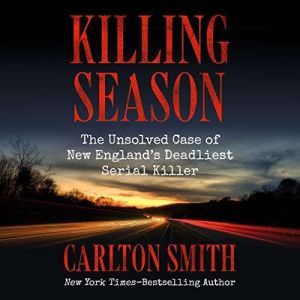 A New York Times–bestselling journalist traces a string of unsolved murders—and the botched investigation that let the New Bedford Highway Killer walk away.Over the course of seven months in 1988, eleven women disappeared off the streets of New Bedford, Massachusetts, a gloomy, drug-addled coastal town that was once the whaling capital of the world. Nine turned up dead. Two were never found. And the perpetrator remains unknown to this day.How could such a thing happen? How, in what was once one of America's richest cities, could the authorities let their most vulnerable citizens down this badly? As Carlton Smith, a Pulitzer Prize finalist for his coverage of the Green River Killer case, demonstrates in this riveting account, it was the inability of police officers and politicians alike to set aside their personal agendas that let a psychopath off the hook.In Killing Season, Smith takes readers into a close-knit community of working-class men and women, an underworld of prostitution and drug abuse, and the halls of New England law enforcement to tell the story of an epic failure of justice.