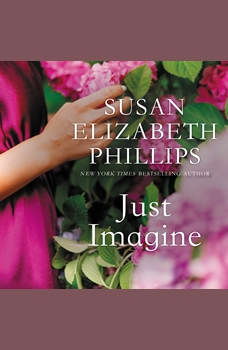 The War Between the States may be over for the rest of the country, but not for Kit Weston. Disguised as a boy, she's come to New York City to kill Baron Cain, the man who stands between her and Risen Glory, the South Carolina home she loves. But unknown to Kit, the Yankee war hero is more than her bitterest enemy—he's also her guardian. And he'll be a lot harder to kill than she's figured on . . .

Believing that Kit's a boy, Cain offers the grubby rapscallion a job in his stable. But he has no idea what he's in for, and it's not long before the hero of Missionary Ridge discovers the truth. His scamp of a stable boy is a strong-willed, violet-eyed beauty who's hell-bent on driving him crazy.

Two hard-headed, passionate people . . . Two stubborn opponents with tender souls . . . Sometimes wars of the heart can only be won through the sweetest of surrenders.

Secrets of a Summer Night
by Lisa Kleypas

Before the Larkspur Blooms
by Caroline Fyffe

Mine Till Midnight
by Lisa Kleypas