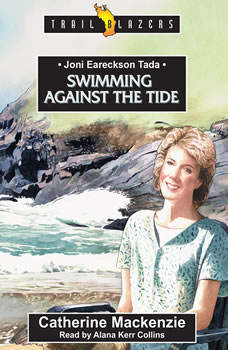 Joni Eareckson is a well-known Christian speaker and author from America but there was a day when she was a teenage girl in a bathing costume with nothing on her mind but boys, make up and her beloved horse, Tumbleweed.

However, all that changed one morning when an innocent dive turned into a tragic accident. Joni's story is a wonderful testimony to God's grace and power in someone's life.

Healing may have been an amazing miracle that didn't happen but Joni's ongoing work with thousands of disabled people throughout the world is a miracle in itself.

If you've ever picked up a hymn book, the chances are that you've sung a song written by a blind girl - and not just any blind girl... Fanny Crosby. As a young child she knew nothing of the sighted world around her but that didn't stop h...

Although Elisabeth Elliot is possibly best known for her story of grief and the surname of her first husband, she has been a remarkable woman in many ways. From persevering after the untimely and tragic death of her husband, to becoming a notable wr...