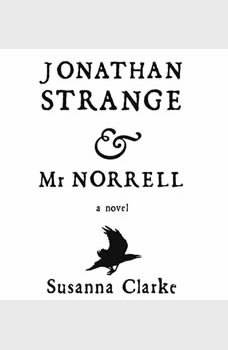 i wanted to read this book, especially after my coworker suggested it one day and it was already at home ready to read. but its so thick. 800 pages. its about magic and magicians in england, and is compared to harry potter, but its not written as accessibly (well, its meant for adults). it was too dense and slow for me. i got through about a chapter of it. i might try doing it on audio book...