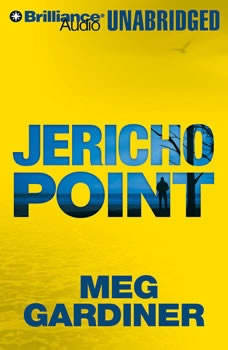 When the body of a young woman washes up on the black sands of the California beach Jericho Point, it’s identified as Evan Delaney’s. But Evan is very much alive—apparently the victim of an identity thief who was playing the Hollywood rich for everything they’re worth. The crook may be dead, but the crimes she was murdered for—crimes committed in Evan’s name—are turning Evan’s life into a nightmare. Now, in the shadow of a dead woman’s lies, it’s all Evan can do to survive.“[A] gripping plot...You’ll find it impossible to find a resting point.” – Evening Times (Glasgow)“A relentless, claustrophobic examination of mistaken identity and the terror of being accused of a crime for which you are not responsible.” – Sherlock“Fast-paced, witty, and brutal.” – The Independent (London)