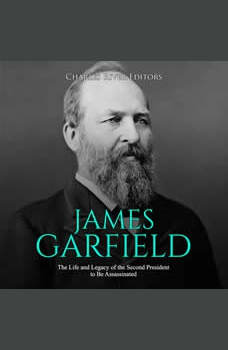 James Garfield: The Life and Legacy of the Second President to Be Assassinated

He was the only sitting member of the House of Representatives elected President to date, but he served only about half a year in the office. He was the second president in less than 20 years felled by an assassin’s bullet. Yet James A. Garfield, a man little known outside his own party before his “dark-horse” nomination by the Republican Party in 1880, was significant in a number of ways. Garfield’s short term marked the first entrance of a “reformist” strain into the presidency that sought to root out corruption and political favoritism in government. Much of what we know as the modern federal bureaucracy has its roots in Garfield’s advocacy of a professional civil service to fill most positions in the government, rather than filling those positions through political patronage, the “spoils system” that went back to the administration of Andrew Jackson. He did not live to see his proposed reforms enshrined in law, but Garfield’s contribution to the history of the United States should not be underestimated.

In 1880, Garfield ran as a Republican for president, and one of his supporters was a man named Charles Guiteau, who wrote and circulated a speech called “Garfield vs. Hancock” that aimed to rally support for the Republican candidate. Though few knew it, Guiteau’s family had already deemed him insane and attempted to keep him committed in an asylum, only to have him manage an escape from confinement.

Garfield went on to narrowly edge Winfield Scott Hancock in the election, and Guiteau, harboring delusions of grandeur, believed he had helped tip the scales in Garfield’s favor. As such, he believed that he was entitled to a post in Garfield’s nascent administration, perhaps even an ambassadorship, and he continued to rack up debts while operating under the assumption that he would soon have the government salary to pay them back.