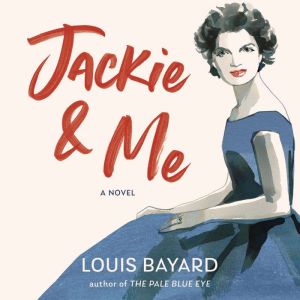 In 1951, former debutante Jacqueline Bouvier is hard at work as the Inquiring Camera Girl for a Washington newspaper. Her mission in life is “not to be a housewife,” but when she meets the charismatic congressman Jack Kennedy at a Georgetown party, her resolution begins to falter. Soon the two are flirting over secret phone calls, cocktails, and dinner dates, and as Jackie is drawn deeper into the Kennedy orbit, and as Jack himself grows increasingly elusive and absent, she begins to question what life at his side would mean. For answers, she turns to his best friend and confidant, Lem Billings, a closeted gay man who has made the Kennedy family his own, and who has been instructed by them to seal the deal with Jack’s new girl. But as he gets to know her, a deep and touching friendship emerges, leaving him with painfully divided alliances and a troubling dilemma: Is this the marriage she deserves?

Narrated by an older Lem as he looks back at his own role in a complicated alliance, this is a courtship story full of longing and of suspense, of what-ifs and possible wrong turns. It is a surprising look at Jackie before she was that Jackie. And in best-selling author Louis Bayard’s witty and deeply empathetic telling, Jackie & Me is a page-turning story of friendship, love, sacrifice, and betrayal— and a fresh take on two iconic American figures.