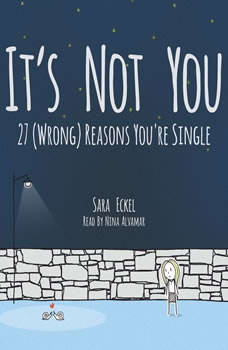 “Why am I still single?” If you’re single and searching, there’s no end to other people’s explanations, excuses, and criticism explaining why you haven’t found a partner: “You’re too picky. Just find a good-enough guy and you’ll be fine.” “You’re too desperate. If men think you need them, they’ll run scared.” “You’re too independent. Smart, ambitious women always have a harder time finding mates.” “You have low self-esteem. You can’t love someone else until you’ve learned to love yourself.” “You’re too needy. You can’t be happy in a relationship until you’ve learned to be happy on your own.” Based on her popular Modern Love column, Sara Eckel’s It’s Not You challenges these myths, encouraging singletons to stop picking apart their personalities and to start tapping into their own wisdom about who and what is right for them. Supported by the latest psychological and sociological research, as well as interviews with people who have experienced longtime singledom, Eckel creates a strong and empowering argument to understand and accept that there’s no one reason why you’re single—you just are.