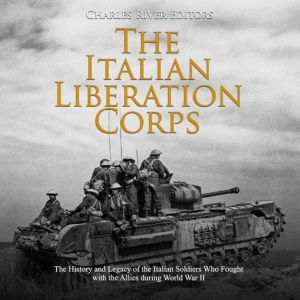 Italian Liberation Corps, The: The History and Legacy of the Italian Soldiers Who Fought with the Allies during World War II

The lackluster Allied showing on Sicily and the escape of most of the island's garrison encouraged Hitler to alter his plans and defend Italy vigorously. With its rugged mountain ridges, deep valleys, and numerous rivers, Italy contained tens of thousands of natural defensive positions. The Wehrmacht exploited these to the full during the ensuing campaign, bogging down the Anglo-American armies in an endless series of costly, time-consuming engagements. Even the rank and file German soldiers showed a clear awareness of the Italy's strategic significance: “’The Tommies will have to chew their way through us inch by inch,’ a German paratrooper wrote in an unfinished letter found on his corpse at Salerno, ‘and we will surely make hard chewing for them.’” (Hastings, 2011, 408).

These events effectively divided Italians into three groups, and the country into two rival political entities. In the absence of clear orders, the first group was the Italian troops who simply melted away, and the many civilians who just kept their heads down and tried to survive. Meanwhile, those still loyal to fascism established the Repubblica Sociale Italiana (Italian Social Republic, RSI) with a capital at Salo. Mussolini had been imprisoned after his deposition, but the Germans sprang for him in a daring special forces operation. He was reinstated as Duce in the RSI, but very much under German control. At the same time, the Allies set up Victor Emmanuel and Badoglio as leaders of the Regno del Sud (Kingdom of the South, RS) with the support of anti-fascist parties and armed resistance groups. This contest of transnational ideologies took place amidst Italy’s own historical and geographical divisions and inequalities, amidst immense destruction, and all under the watchful eye of a multinational occupying army led by Great Britain.