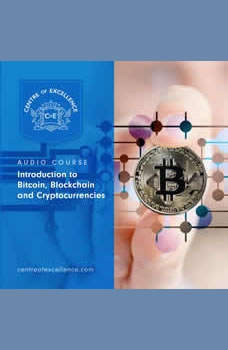 Introduction to Bitcoin, Blockchain and Cryptocurrencies

‘Bitcoin’ – Most of us sit in one of two camps when it comes to Bitcoin. We’ve either never heard of it or we know a little but don’t truly understand its importance. This audiobook will guide you step-by-step through what Bitcoin, blockchain and cryptocurrencies are, how they work, how to use them, and how and why you should invest in them.

Milton Friedman demonstrates through historical events the mischief that can result from misunderstanding the monetary system; how, for example, the work of two obscure Scottish chemists destroyed the presidential prospects of William Jennings Bryan...

In Other Peoples Money And How The Banks Use It, Supreme Court Justice Louis Brandeis denounces corporatism, monopolies, investment bankers, and above all, the total consolidation of American wealth into the hands of a privileged few. Completely...

Fed Up
by Danielle DiMartino Booth

A Federal Reserve insider pulls back the curtain on the secretive institution that controls America’s economy After correctly predicting the housing crash of 2008 and quitting her high-ranking Wall Street job, Danielle DiMartino Booth was surp...

Money: Who Has How Much and Why
by Andrew Hacker

On the publication of Andrew Hacker's instant classic and bestselling Two Nations: Black and White, Separate, Hostile, Unequal, Newsweek described him as a "political scientist doing with statistics what Fred Astaire did with hats, canes, and chairs...

Core Confidence: Own Your Talent  Face Your Fear  Create Your Future
by Kate Boorer

Having admired the ideas expressed in Lean In and The Confidence Code, we found through Core Confidence workshops that the missing piece of the confidence puzzle was having access to a practical how-to guide that highlights both the external and int...

Blending economic analysis with political drama, EuroTragedy—chosen by both Foreign Affairs and the Financial Times as one of the best books of 2018—is a groundbreaking account of the euro's history and tragic consequences.

The Road to Ruin
by James Rickards

The bestselling author of The Death of Money and Currency Wars reveals the global elites' dark effort to hide a coming catastrophe from investors in The Road to Ruin, now a National Bestseller.   A drumbeat is sounding among the global elites. ...

The End of Money
by Chas Munger

The End of Money. No more Bills. No more dimes, nickels, and quarters weighing down your pockets. And no more worries about losing your wallet. Because soon, Money, as we know it, will be dead. Killed by Cryptocurrency. Blasted by Bitcoin. That's wh...

The Curse of Cash
by Kenneth S. Rogoff

The world is drowning in cash—and it's making us poorer and less safe. In The Curse of Cash, Kenneth S. Rogoff makes a persuasive and fascinating case for an idea that until recently would have seemed outlandish: getting rid of most paper mone...