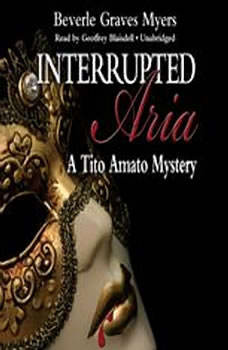 Venice, the dazzling city on the lagoon, is sailing toward the ruin of her maritime empire, determined to go down in a maelstrom of pleasure, music, and masquerade. Venice, 1731. Opera is the popular entertainment of the day, and the castrati are its reigning stars. Tito Amato, mutilated as a boy to preserve his enchanting soprano voice, returns to the city of his birth with his friend Felice, a castrato whose voice has failed. Disaster strikes Titos opera premier when the singer loses one beloved friend to poison and another to unjust accusation and arrest. Alarmed that the merchant-aristocrat who owns the theater is pressing the authorities to close the case, Tito races the executioner to find the real killer. The possible suspects could people the cast of one of his operas: a libertine nobleman and his spurned wife, a jealous soprano, an ambitious composer, and a patrician family bent on the theaters ruin. With Carnival gaiety swirling around him and rousing Venetian passions in an ominous crescendo, Tito finds that the most astonishing secrets lurk behind the masks of his own family and friends.