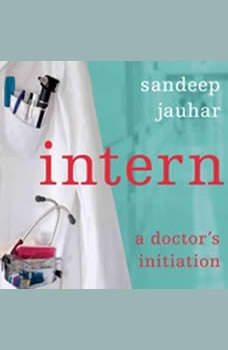 Intern is Sandeep Jauhar's story of his days and nights in residency at a busy hospital in New York City, a trial that led him to question our every assumption about medical care today. Residency—and especially the first year, called internship—is legendary for its brutality. Working eighty hours or more per week, most new doctors spend their first year asking themselves why they wanted to be doctors in the first place.Jauhar's internship was even more harrowing than most: he switched from physics to medicine in order to follow a more humane calling—only to find that medicine put patients' concerns last. He struggled to find a place among squadrons of cocky residents and doctors. He challenged the practices of the internship in The New York Times, attracting the suspicions of the medical bureaucracy. Then, suddenly stricken, he became a patient himself—and came to see that today's high-tech, high-pressure medicine can be a humane science after all.Now a thriving cardiologist, Jauhar has all the qualities you'd want in your own doctor: expertise, insight, a feel for the human factor, a sense of humor, and a keen awareness of the worries that we all have in common. His beautifully written memoir explains the inner workings of modern medicine with rare candor and insight.