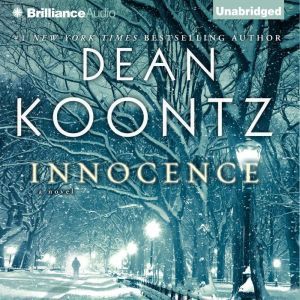 He lives in solitude beneath the city, an exile from society, which will destroy him if he is ever seen.She dwells in seclusion, a fugitive from enemies who will do her harm if she is ever found.But the bond between them runs deeper than the tragedies that have scarred their lives. Something more than chance—and nothing less than destiny—has brought them together in a world whose hour of reckoning is fast approaching.In Innocence, #1 New York Times bestselling author Dean Koontz blends mystery, suspense, and acute insight into the human soul in a masterfully told tale that will resonate with listeners forever.