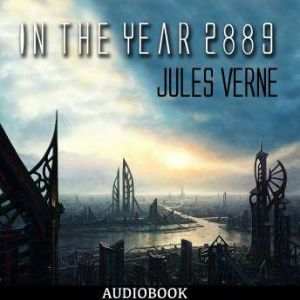 This story is undeniably prophetic in both subject and tone. It portrays a day in the busy life of the managing editor of the world's largest newspaper in New York City (now called Centropolis). This narrative framework serves quite well as a stepping-stone for a detailed description of this entire future world, its technological advancements, its international relations, and its (ironically, still quite 19th-century) social mores. Jules Verne (1828-1905) was a French author who helped pioneer the science-fiction genre. He is best known for his novels A Journey to the Centre of the Earth (1864), From the Earth to the Moon (1865), Twenty Thousand Leagues Under the Sea (1869-1870), Around the World in Eighty Days (1873) and The Mysterious Island (1875). Verne wrote about space, air, and underwater travel before navigable aircraft and practical submarines were invented, and before any means of space travel had been devised. Consequently he is often referred to as the "Father of science fiction", along with H. G. Wells. Verne is the second most translated author of all time, only behind Agatha Christie, with 4223 translations, according to Index Translationum. Some of his works have been made into films.