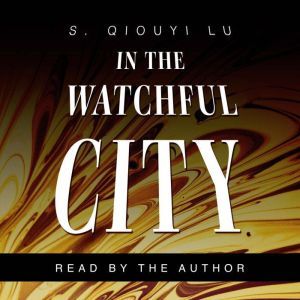 In the Watchful City

Cut off from the rest of the world by choice, the city of Ora relies on heavy surveillance of its people and surroundings to maintain order. Anima is one of the extrasensory humans tasked with running the city. Even if it means never leaving the Hub, Anima is content with ar job, as it offers ar a direct connection to the Gleaming, a powerful network that spans the globe and connects all things. Then, a mysterious figure named Vessel enters Ora without going through one of the border gates. Se offers Anima the chance to look at ser cabinet of curiosities from around the world in exchange for a memento of ar own. Instead of turning ser in to the authorities, Anima, who has never seen the world outside Ora, accepts Vessel’s offer. But as a learns the story behind each item, Anima realizes that the rest of the world isn’t like Ora and begins to doubt ar role in enforcing the city’s rules. As events collide, Anima is left with one question that destabilizes everything ae knows: What good is a city if it can’t protect its people?“Stories within stories, possibilities within impossibilities: In the Watchful City is half-tapestry, half-menagerie, adding up to an intricate, transcendent fantasy.” —Chuck Wendig, NYT-Bestselling Author of WANDERERS, BLACKBIRD, ZER0ES