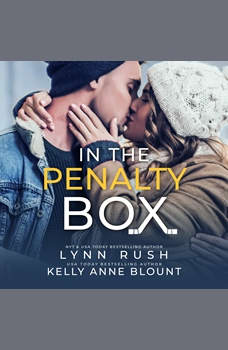 In the Penalty Box

Willow Covington has conquered every obstacle thrown at her to become one of the best figure skaters in the nation until a devastating injury shatters her Olympic dreams. Shell do anything to get back on the ice, though, and if that means rehabbing while blocking shots and slapping a puck around, so be it. Coach says no dating, but thats A-OK with her anywayshes singularly focused on her goal. If only the team captain, Brodie Windom, wasnt so infuriatingly hot as he shows her the ropes.Hockey sensation Brodie Windom has one goal for his senior year: to win the state tournament, which would secure a spot on the famed Boston College hockey team. His eyes are on the prize and theres no room for distractionsuntil figure skater Willow Covington takes over as goalie and throws him off his game. She may be an enticing mix of fierce and beautiful, but he knows Willow would leave the team for figure skating if given the chance, so hell guard his heart like she guards the goal.