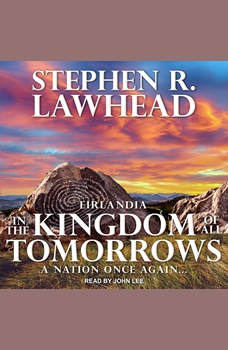 In the Kingdom of All Tomorrows

Stephen R. Lawhead, the critically-acclaimed author of the Pendragon Cycle, concludes his Eirlandia Celtic fantasy series with In the Kingdom of All Tomorrows. Conor mac Ardan is now clan chief of the Darini. Tara's Hill has become a haven and refuge for all those who were made homeless by the barbarian Scálda. A large fleet of the Scálda's Black Ships has now arrived and Conor joins Eirlandia's lords to defeat the monsters. He finds treachery in their midst . . . and a betrayal that is blood deep. And so begins a final battle to win the soul of a nation.

In the Kingdom of All Tomorrows
Eirlandia Series #3

In the Region of the Summer Stars
Eirlandia Series #1

In the Land of the Everliving
Eirlandia Series #2