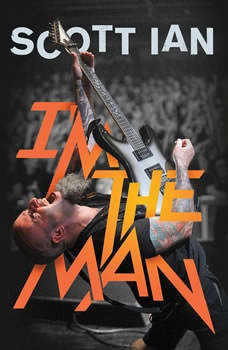 I'm the Man: The Story of That Guy from Anthrax

I'm the Man is the fast-paced, humorous, and revealing memoir from the man who cofounded Anthrax, the band that proved to the masses that brutality and fun didn't have to be mutually exclusive. Through various lineup shifts, label snafus, rock 'n' roll mayhem, and unforeseen circumstances galore, Scott Ian has approached life and music with a smile, viewing the band with deadly seriousness while recognizing the ridiculousness of the entertainment industry. Always performing with abundant energy that revealed his passion for his craft, Ian has never let the gravity of being a rock star go to his shaven, goateed head.I'm the Man is a blistering hard rock memoir, one that is astonishing in its candor and deftly told by the man who's kept the institution of Anthrax alive for more than thirty years.

Memoir by the cofounder and former lead guitarist of heavy metal giants Judas PriestJudas Priest formed in the industrial city of Birmingham, England, in 1969. With its distinctive twin-guitar sound, studs-and-leather image, and international sales...

Dreams to Remember
by Mark Ribowsky

When he died suddenly at the age of twenty-six, Otis Redding (1941-1967) had already become the conscience of a new kind of music. Sure, Berry Gordy might have built the first black-owned music empire at Motown, but Redding was doing something as hi...

Shock and Awe
by Simon Reynolds

From the acclaimed author of Rip It Up and Start Again and Retromania—“the foremost popular music critic of this era (Times Literary Supplement)—comes the definitive cultural history of glam and glitter rock, celebrating its outla...

In this book, Corey Taylor undertakes something never before attempted in the history of rock superstardom: he takes you with him as he journeys undercover through various ghostbusting groups who do their best to gather information and evidence abou...

First used in medieval Venice as a deftly maneuverable getaway boat, the gondola evolved over the centuries into a floating pleasure palace, bedecked in silk, that facilitated the romantic escapades of the Venetian elite. Today, the gondola wears bl...

I Am Ozzy
by Ozzy Osbourne

Three Chords And The Truth
by Laurence Leamer

Every June, in gratitude to their devoted fans, the stars of country music appear at the Tennessee State Fairgrounds to sign autographs for hours and perform during the week called Fan Fair. Though the 1996 Fan Fair was a phenomenal success, for Na...

What songs have made up your life’s soundtrack? Which have captured your every mood and deepest sentiments? Pop music, like no other form of entertainment or art, is capable of articulating our feelings, desires, joy, and pain. In a few soul-g...

When singer, musician, and broadcast journalist Malka Marom had the opportunity to interview Joni Mitchell in 1973, she was eager to reconnect with the performer that she'd first met late one night in 1966 at a Yorkville coffeehouse. More conversati...