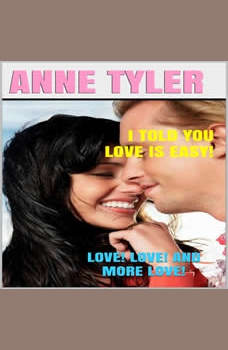 I Told You Love Is Easy!: Love! Love! and More Love!

Love is splendid and beautiful when two people unafraid exploring one another intimate treasure. I wanted to bring something new and refreshing from my other best-selling books. The concept of marriage, love and relationships has changed, because people are finding it difficult to making them work and last. In this book, I take the reader on a ride that increases their desire and understanding of love and wanting it to entrap their hearts. In order for love to overwhelm your heart and life, first, you have to throw out all past failures and disappointments, and let the words in this book reshape you into believing that falling in love and making it last is really easy.