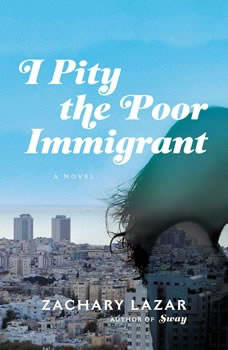 I Pity the Poor Immigrant

The stunning new novel by the author of Sway is another "brilliant portrayal of life as a legend" (Margot Livesey).In 1972, the American gangster Meyer Lansky petitions the Israeli government for citizenship. His request is denied, and he is returned to the U.S. to stand trial. He leaves behind a mistress in Tel Aviv, a Holocaust survivor named Gila Konig.In 2009, American journalist Hannah Groff travels to Israel to investigate the killing of an Israeli writer. She soon finds herself inside a web of violence that takes in the American and Israeli Mafias, the Biblical figure of King David, and the modern state of Israel. As she connects the dots between the murdered writer, Lansky, Gila, and her own father, Hannah becomes increasingly obsessed with the dark side of her heritage. Part crime story, part spiritual quest, I Pity the Poor Immigrant is also a novelistic consideration of Jewish identity.