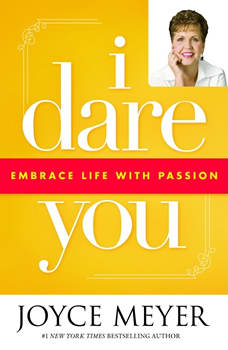 I Dare You: Embrace Life with Passion

Joyce Meyer explains that a life without purpose is a life not worth living. We all need a reason to get up everyday. We all need to reach for something beyond ourselves. Over the centuries, millions of people have asked, "What am I here for? What is my purpose?" We are born; we live; and we die. We cannot do anything about being born or dying, but we can do a lot about how we live.

Break Out!
by Joel Osteen