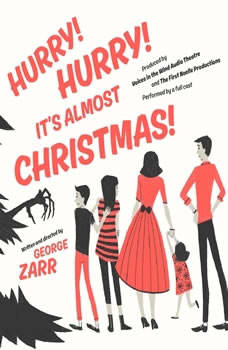 As Christmas approaches, John, a modern-day working father, seems a little more stressed out than usual. With his lovely wife, Eve, and adoring teenage children, Chris, Brooke, and little Anna-Magdalena at his side, what could possibly go wrong? Well, just about everything-including an unexpected visit from his in-laws, the never-ending seasonal to-do list, the annoying neighborhood kids, and that man-eating Christmas tree. And through it all, his smiling coworker, Dennis, sets him up for the ultimate disaster at work.Join John and his family as they take you on a madcap dash through the festive season filled with laughter, tears, reconciliation, friendship, and joy. It's a holiday treat for the whole family!This full-cast dramatization by award-winning radio dramatist George Zarr features original music and engaging sound effects.