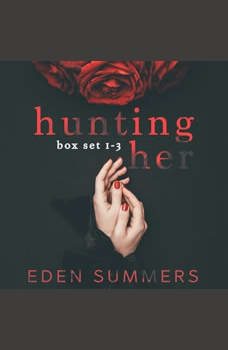 I wasn't looking for his kind of trouble... It found me anyway.

He unravels me with his ferocity.

Melts me with his touch.

It's impossible not to become consumed by him.

Until I find out who he really is.

He has a hidden agenda far beyond his craving for me.

Something menacing and sinister.

I need to run. From him. From the danger.

But running from the hunter means I've now become the prey.

He’s my defender. My savior.

A brutally determined man with a cocky smirk and an equally cocky attitude.

He seduces me with his flirtation.

Warms me with his care.

But he’s hiding something.

A thirst for more than my safe keeping.

I can’t fall for him. Can’t be tempted by his touch.

Not when he can’t be trusted.

But questioning my protector means I’ve now become his target.

I fell for the enemy.

A man whose actions resemble the devil so closely it frightens me.

We were meant to hate each other.

To despise and detest.

But his appeal is so much greater than the playboy smile and body built for sin.

What I'm doing is wrong.

What I'm feeling is immoral.

Because he's the head of the Portland underworld.

And I'm the Fed who promised to take him down.