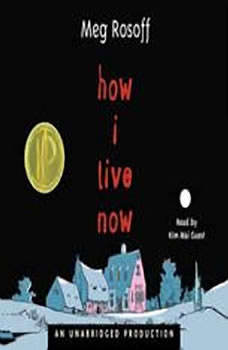 How I Live Now

“Every war has turning points and every person too.”

Fifteen-year-old Daisy is sent from Manhattan to England to visit her aunt and cousins she’s never met: three boys near her age, and their little sister. Her aunt goes away on business soon after Daisy arrives. The next day bombs go off as London is attacked and occupied by an unnamed enemy.

As power fails, and systems fail, the farm becomes more isolated. Despite the war, it’s a kind of Eden, with no adults in charge and no rules, a place where Daisy’s uncanny bond with her cousins grows into something rare and extraordinary. But the war is everywhere, and Daisy and her cousins must lead each other into a world that is unknown in the scariest, most elemental way.

A riveting and astonishing story.

The FitzOsbornes in Exile
by Michelle Cooper

Michelle Cooper combines the drama of pre-War Europe with the romance of debutante balls and gives us another compelling historical page turner.Sophia FitzOsborne and the royal family of Montmaray escaped their remote island home when the Germans at...

The Minister's Daughter
by Julie Hearn

Conceived on a May Morning, Nell is claimed by the piskies and faeries as a merrybegot, one of their own. She is a wild child: herb gatherer and healer, spell-weaver and midwife . . . and, some say, a witch.Grace is everything Nell is not. She is th...