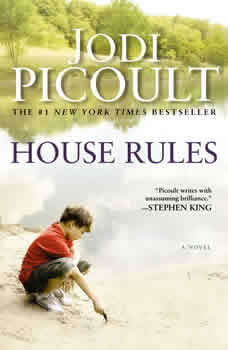 The astonishing novel from the #1 New York Times bestselling author Jodi Picoult about a young boy with autism falsely accused of murder. When your son can’t look you in the eye...does that mean he’s guilty? Jacob Hunt is a teen with Asperger’s Syndrome. He’s hopeless at reading social cues or expressing himself well to others, though he is brilliant in many ways. But he has a special focus on one subject—forensic analysis. A police scanner in his room clues him in to crime scenes, and he’s always showing up and telling the cops what to do. And he’s usually right. But when Jacob’s small hometown is rocked by a terrible murder, law enforcement comes to him. Jacob’s behaviors are hallmark Asperger’s, but they look a lot like guilt to the local police. Suddenly the Hunt family, who only want to fit in, are directly in the spotlight. For Jacob’s mother, Emma, it’s a brutal reminder of the intolerance and misunderstanding that always threaten her family. For his brother, Theo, it’s another indication why nothing is normal because of Jacob. And over this small family, the soul-searing question looms: Did Jacob commit murder?