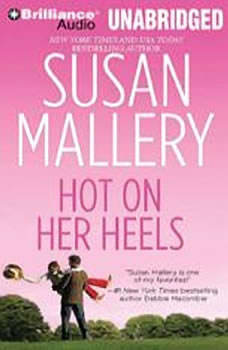 Hot on Her Heels

Dana Birch vowed never to put herself at the mercy of a powerful man. She became a deputy so that she could take care of herself and protect those she loves. Especially her best friends, the Titan sisters. Twenty years ago, Garth Duncan swore revenge on Jed Titan for abandoning Garth and his mother. Now he’s back to fulfill that promise, even if Jed’s daughters get caught in the crosshairs. All that stands between him and his goal is Dana, her gun and a growing passion that can’t be denied….

This was the best way for this series to end. Dana neede somone who was not going to let her push them around. Also instead of Garth being the jerk he became one of the wringed party and got the family he deserved. I loved it!