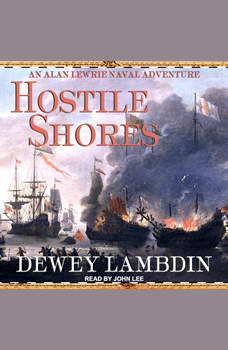 Captain Alan Lewrie, Royal Navy, was having a good year in the summer of 1805, commanding a small squadron of sloops in pursuit of French and Spanish privateers, till rumors of a huge French fleet at sea brought fears of invasion to tranquil Nassau in the Bahamas. He must defend the port, no matter the odds, at the risk of his very life!

Relieved and reinforced at the last moment, he is off for a welcome return to England, where only very creative truth twisting can gain Lewrie fresh orders to the South Atlantic. Under mercurial Commodore Sir Home Riggs Popham, Lewrie and the Reliant frigate set off to retake the Cape of Good Hope from the Dutch, allied with France.

But after that grand adventure, Popham's ambitions get the better of him. And Lewrie soon discovers that 1806 might be no better than the 1805!