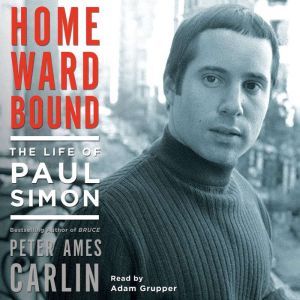 To have been alive during the last sixty years is to have lived with the music of Paul Simon. The boy from Queens scored his first hit record in 1957, just months after Elvis Presley ignited the rock era. As the songwriting half of Simon & Garfunkel, his work helped define the youth movement of the '60s. On his own in the '70s, Simon made radio-dominating hits. He kicked off the '80s by reuniting with Garfunkel to perform for half a million New Yorkers in Central Park. Five years later, Simon’s album “Graceland” sold millions and spurred an international political controversy. And it doesn’t stop there.

The grandchild of Jewish immigrants from Hungary, the nearly 75-year-old singer-songwriter has not only sold more than 100 million records, won 15 Grammy awards and been installed into the Rock ‘n’ Roll Hall of Fame twice, but has also animated the meaning—and flexibility—of personal and cultural identity in a rapidly shrinking world.

Simon has also lived one of the most vibrant lives of modern times; a story replete with tales of Carrie Fisher, Leonard Bernstein, Bob Dylan, Woody Allen, Shelley Duvall, Nelson Mandela, drugs, depression, marriage, divorce, and more. A life story with the scope and power of an epic novel, Carlin’s Homeward Bound is the first major biography of one of the most influential popular artists in American history.

First, since this is AudioBooksNow, the narration is fantastic. He mispronounces "Nuyorican" but more than makes up for it with brilliant impressions of Simon and Dylan. More importantly, he captures the essence of the author's narrative voice brilliantly. Carlin is a really great biographer, pulling no punches (seriously, none!) but showing real love and passion for the positive aspects of his subject. As for Simon, I went into it loving him, and fearing that his music wouldn't live up to my childhood memories, but the opposite occurred. He's actually a heavier and more far-reaching artist than I knew - I found a lot of stuff from his solo career that I hadn't fully appreciated, and most of the early S&G stuff actually did hold up quite well (but not the pre-S&G, which is horrifically laughable) - but I have to say I don't like him any more! What a neurotic, egotistical, petty little twit!! And as I said, this is not a diss bio - it's just fair - and often profuse in its praise - but there's no escaping the narcissism and cruelty of the subject - at times he comes off like Morris Levy without the threats of violence. Still, I'm very glad I read it for musical reasons, and Simon comes off far better than James Brown, Spector or Aretha (those three make him seem like a saint), if more obnoxious than McCartney or Dylan. On the douchebag scale, I think I'd place him somewhere between Lennon and McCartney. If you're looking for a truly lovable musical genius, you've got Haydn, Ringo, Prince Paul, and then it's slim pickins after that. (I'm leaving out people like the wonderful Clyde Stubblefield whose genius wasn't rewarded with enough success to give any latent douchebag tendencies a chance to emerge). In any case, I'd rather the biographer give it to me straight and trade in my hero worship for a big bag of priceless musical insights and Carlin does this brilliantly in both the Simon & McCartney books. I've bought but haven't yet listened to the ones on Springsteen and B. Wilson. One last thought: the way Simon approached Rhythm of the Saints -- buying the rights to hours of world-class percussion jams and cutting it up in a variation on the idea of sampling -- was very much in tune with the golden age of hip-hop, which was going on contemporaneously. It's too bad he didn't apply that approach to the Puerto Rican project instead of trying to make it into a play.