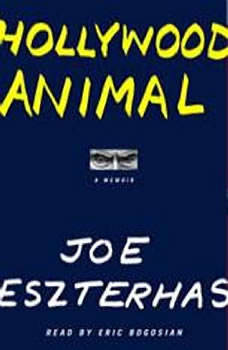 He spent his earliest years in post WWII–refugee camps. He came to America and grew up in Cleveland—stealing cars, rolling drunks, battling priests, nearly going to jail. He became the screenwriter of the worldwide hits Basic Instinct, Jagged Edge, and Flashdance. He also wrote the legendary disasters Showgirls and Jade. The rebellion never ended, even as his films went on to gross more than a billion dollars at the box office and he became the most famous—or infamous—screenwriter in Hollywood.

Joe Eszterhas is a complex and paradoxical figure: part outlaw and outsider combined with equal parts romantic and moralist. More than one person has called him “the devil.” He has been referred to as “the most reviled man in America.” But Time asked, “If Shakespeare were alive today, would his name be Joe Eszterhas?” and he was the first screenwriter picked as one of the movie industry’s 100 Most Powerful People. Although he is often accused of sexism and misogyny, his wife is his best friend and equal partner. Considered an apostle of sex and violence, he is a churchgoer who believes in the power of prayer. For many years the ultimate symbol of Hollywood excess, he has moved his family to Ohio and immersed himself in the midwestern lifestyle he so values.

Controversial, fearless, extremely talented, and totally unpredictable, the author of the best-selling American Rhapsody and National Book Award nominee Charlie Simpson’s Apocalypse has surprised us yet again: he has written a memoir like no other.

On one level, Hollywood Animal is a shocking and often devastating look inside the movie business. It intimately explores the concept of fame and gives us a never-before-seen look at the famous. Eszterhas reveals the fights, the deals, the extortions, the backstabbing, and the sex, drugs, and rock’n’roll world that is Hollywood.

But there are many more levels to this extraordinary work. It is the story of a street kid who survives a life filled with obstacles and pain . . . a chronicle of a love affair that is sensual, glorious, and unending . . . an excruciatingly detailed look at a man facing down the greatest enemy he’s ever fought: the cancer inside him . . . and perhaps most important, Hollywood Animal is the heartbreaking story of a father and son that defines the concepts of love and betrayal.

This is a book that will shock you and make you laugh, anger you and move you to tears. It is pure Joe Eszterhas—a raw, spine-chilling celebration of the human spirit.