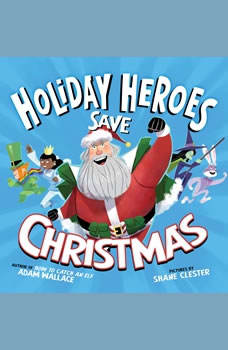 Holiday Heroes Save Christmas, The

This just in?breaking news from the North Pole! Santa Claus can't deliver presents on Christmas Eve, and he needs backup. But not just anybody can help him?he needs the Holiday Heroes! This Christmas, it's up to the Easter Bunny, the Tooth Fairy, a witch, and a leprechaun to fill in for Santa and save Christmas. Can the Holiday Heroes deliver presents without being spotted? Will they be able to pull off Christmas in the end?