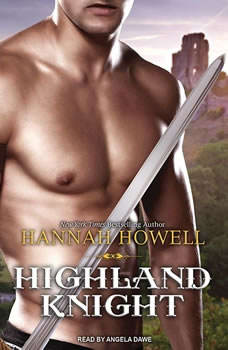 When Cameron MacAlpin learns the identity of the golden beauty tossed before him as a debt payment, he can't believe his fortune! For cat-eyed Avery Murray is the perfect weapon to use against Payton Murray—Avery's brother—who dishonored Cameron's own sister. Yet his plan to deliver the same insult and avenge his clan is thwarted by spirited Avery herself, who tempts him to forget everything but the passion coursing through his blood. Still, a knight of the Highlands owes his allegiance to his clan before all else—even his heart. Avery is outraged at her captor's accusations against her brother. Though he makes it no secret that he intends to use her to avenge his sister's lost honor, he adds to her fury by vowing to take her by seduction, rather than force. Worse, she knows deep down that this virile knight stirs her as no other man ever has. Courageously, passionately, she gives him freely what he vows to take—her body and her heart—knowing that she could lose all on the chance of everlasting love.

I got to page 40 before I couldn't bare to read more. First of all, the hero and heroine's backgrounds werent explained in the beginning. This is the 5th book in the series, and I haven't read the other books, so maybe that is why. Secondly, the story lacked sensory description. I should be able to see what the secenery is like, feel the wind on my face..etc. I wasn't drawn into the book. It was really hard for me to focus on the story. I guess I've been spoiled with Julie Garwood, Judith McNaught, and Nora Roberts. I found the characters in this book to be annoying. I am afraid to read another Hannah Howell book for fear of the same.