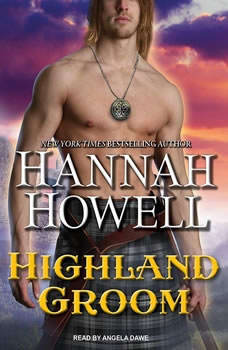 Sir Diarmot MacEnroy, deciding his illegitimate children need a mother and his keep needs a proper lady, now stands before the altar with a gentle bride he hopes is too shy to disrupt his life or break his heart. The nuptials, however, are interrupted by the appearance of a flame-haired beauty carrying two babies, boldly claiming that she is his wife and mother of his twin infant sons. Armed with her seven very large brothers, she has come to demand her due. Having waited one year for the return of the handsome laird who wed her, bedded her, then disappeared, Ilsa Campbell MacEnroy takes matters into her own hands and sets out to reclaim the man she briefly and passionately loved. Stunned by his denial, her heart softens when she learns of the injury that has ravaged his memory. Now, she faces the nearly impossible task of conquering his past—and his fierce reluctance to share his heart . . .