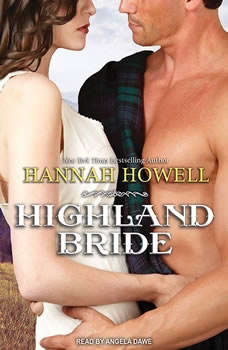 Though she has yet to be courted by any man, spirited Gillyanne Murray decides the time has come to visit the dower lands gifted to her by her father's kinsmen. She arrives to find the small keep surrounded by three lairds, each one vying for her hand . . . and property. Though resolved to refuse them all, the threat of battle on her threshold forces her to boldly choose a suitor: Sir Connor MacEnroy, a handsome, daring knight of few words. As his wife, Gillyanne is stunned by his terse, cold distance—and her own yearning to feel passion in his arms. Now, bringing her healing touch to a land and a keep ravaged by treachery and secret enemies, she dares to reach out for the one thing she fears she may forever be denied—her husband's closely guarded heart.

i think it was a great read