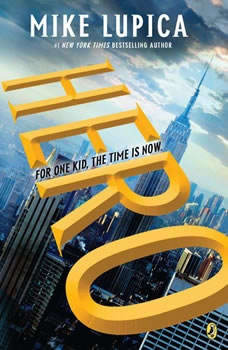 From the #1 bestselling author of Heat, Travel Team and Million-Dollar Throw.

Zach Harriman knew that his dad was something of a hero, a man trusted by the president to solve international crises at a moment's notice. Suddenly people are telling him he has powers - people who know much more about his father than Zach ever did. But there are the Bads, who appear out of nowhere and attack him and his best friend. One thing is clear: he can do things ordinary people cannot. Like fend off grown men as though he possesses the strength of a hundred. Like sense when evil is about to strike. And evil is about to strike in a very big way. Zach Harriman is his father's son. And he, too, is a hero.

"Every kid wants to be a superhero. Well, be careful what you wish for - you might get it. This is the amazing story of Zach Harriman and nothing Mike Lupica has written will thrill you like this."
- William Goldman, author of The Princess Bride