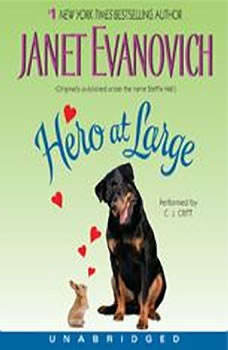 “[Evanovich] is funny and ceaselessly inventive."—Los Angeles Times Book Review Hero at Large is a delightful mix of laughter and romance—a newly revised classic from #1 New York Times bestseller Janet Evanovich, author of Metro Girl, The Grand Finale, and the sensational Stephanie Plum novels. Evanovich’s many fans will flock to this zany tale of a single-mom skating coach and the handsome “house husband” hunk she brings home…after breaking his arm and his toe!