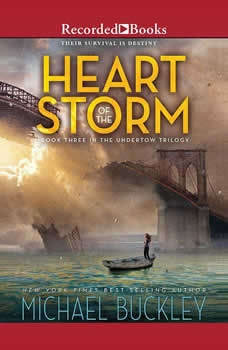 Heart of the Storm

After seven months as a captive of Minerva, the insane Alpha queen, Lyric Walker has escaped to the surface. Her only goal is to warn the world about the Great Abyss. When she finally arrives back in Coney Island, she discovers a world she never expected, one where humans and Alpha are finally working hand in hand to rebuild the country. But she soon discovers that an old enemy allied with an old friend may kill them all before the monsters get their turn. Where will Lyric

Heart of the Storm
Undertow Series #3