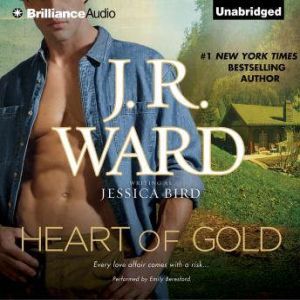 She has a passion for unlocking the secrets of the past.…Archaeologist Carter Wessex is drawn to Farrell Mountain to solve a centuries old mystery—and find a fortune in hidden gold. One thing stands in her way: Nick Farrell, a notorious corporate raider with no patience for trespassers on his land, and way too much sex appeal. After an explosive introduction, Carter abandons the project…but with Nick in hot pursuit.What she finds is something more valuable than gold.…Though wary of Nick’s change of heart, Carter is soon swept up into the mystery—and the arms of a man she swore she’d never fall for. As buried secrets surface and passion grows, the shocking details of the missing gold are revealed. So are Nick’s true motives, leaving Carter to wonder…has everything between them been just another cunning ruse? And how many more secrets has he yet to share?It will take a heart of gold to find the truth—and have faith in a timeless love.…“One of my all-time favorite contemporary romances.” —Joyfully Reviewed“This story is a must.” —Huntress Reviews