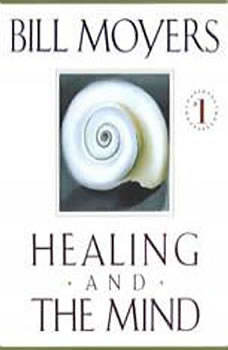 Healing and the Mind

In the best-selling companion volume to the PBS series, acclaimed television journalist Bill Moyers explores the fascinating, complex, powerful connection between mind and body in human health. Ancient medical science told us our minds and bodies are one. So did philosophers of old. Now, modern science and new research are helping us to understand these connections. In Healing And The Mind, Bill Moyers talks with physicians, scientists, therapists, and patients -- people who are taking a new look at the meaning of sickness and health. In a series of fascinating and provocative interviews, he discusses their search for answers to perplexing questions: How do emotions translate into chemicals in our bodies? How do thoughts and feelings influence health? How can we collaborate with our bodies to encourage healing? With the incisive style that has made Bill Moyers's skills as an interviewer legendary, Healing And The Mind is destined to influence how America thinks about sickness and health.

Full -color and B & W photographs throughout.

Panic Attacks Have an Objective Basis
by J.-M. Kuczynski