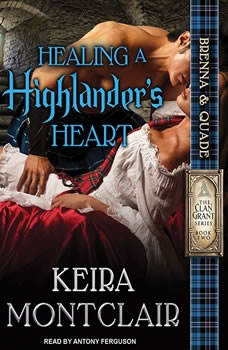 Kidnapped at knifepoint in the middle of the night, healer Brenna Grant is spirited across the Highlands to heal a chieftain who's near death. The last thing she expects is for her patient to be a handsome laird who steals her heart. Unable to deny him—or anyone who needs her talents as a healer—she travels to his clan to treat a mysterious invalid. Laird Quade Ramsay awakens to find a beautiful healer at his bedside. He is powerless to fight his attraction to the lass who saved his life, but he's vowed never to fall in love again. Convinced that a family curse hangs over his head, he fights his feelings for Brenna. Will he let the beautiful healer mend his own broken heart?Contains mature themes.

Journey to the Highlands
Clan Grant #4