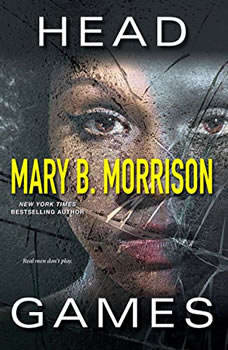 New York Times bestselling author Mary B. Morrison delivers a sizzling, twist-filled tale of four competitive friends, a dangerous bet-and high-stakes consequences no one can afford to win. From childhood games to career challenges, Trymm, Dallas, Kohl, and Blitz have stayed the best of friends-and each others' toughest competition. These bachelors live to party up, sex it down, and get it all. And now they're betting on which of them can "date-and-dump" the most women in a month-and post the proof on social media. Winner takes all: a cool million dollars. But this game is about to get all-too-real. Trymm has no problem bedding married women looking for quick-and-dirty satisfaction.until he falls hard for one he can't have. A cynical ex-soldier battling PTSD, Dallas woos a hopeful bride to exhaust her savings for picket-fence promises-just to humor his boys. Kohl enjoys his best one-night stand with a mysterious beauty-but his recklessness backfires big time after he exposes her. And Blitz thinks he's giving a powerful Fortune 500 executive the business-until he gets played. Now everything they care about most-money, family, and friendship-is on the line. All the right moves won't keep them safe-especially from each other. And the only way out of the game is to concede or risk everything on a dangerous gamble they can only lose. Narrators: Alan Ryder, Shari Peele, Soozi Cheyenne, Lisa Smith