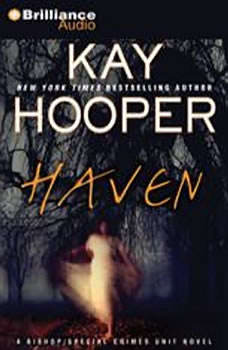 Another nightmare, in the woods this time. Different: She was running. Trying to escape. But the same ending. Always the same ending. Another dead girl… Emma Rayburn was born and raised in Baron Hollow, North Carolina. It was a quiet life, then came the accident…and the nightmares — each filled with unshakable visions of darkness, blind panic, and desperate women chased toward inevitable death. With no reports of local women missing or found dead, Emma has written it off to troubled imaginings — night after dreaded night. Until her sister arrives. Jessie Rayburn, a psychic investigator for a firm called Haven, has been estranged from Emma for years. Unresolved issues from Jessie’s past have not only kept them apart but have been clouding Jessie’s unique abilities. A return to her hometown to face a dark and violent incident from years gone by is her chance to regain them. But reconciliation with the past comes with a price. Few people in Baron Hollow are welcoming Jessie back. No one dares to breathe a word. And in this conspiracy of silence, Emma’s nightmares are becoming more vivid than ever. Even with the help of Noah Bishop, head of the FBI Special Crimes Unit and cofounder of Haven, Jessie and Emma soon find themselves outnumbered by the secrets buried in Baron Hollow — and outrunning an evil that has been festering for years, one that’s targeting Jessie and Emma one last time.

Kay Hooper is a great writer of paranormal mysteries and suspense. I have to admit I havent read one of her books lately so i felt like a late comer to the party. Thanks to the authors addition of a character list in the back of the book I was better able to identify who was who although I still got a little confused at times. The story opens with a bang up prologue where a kidnapped victim had escaped her captor and was running for her life. The scene sets the tone of the book and for the most part lived up to my expectations. One bit of confusion stemmed from the fact that it was hard to tell exactly where the setting of the book was located. I thought they were still in the Northwest but apparently the town of Baron Hollow is in the southeast but I must have mused which state. I love a town that is described with spirits all over the place! I wasnt really crazy about sisters Emma and Jesse though. It just seemed awkward and not very realistic with Emma being so good and a responsible person while Jessie wash a maverick and they didnt seem to get along very well. The ending of the book was really strange and I was confused about it too. On the whole I really liked HAVEN and think it is a good read for the summer. I like the paranormal aspects of the story but I felt too unsettled and confused about things to give it 100 approval. . It does inspire me to read more of ms Hoopers books though! :