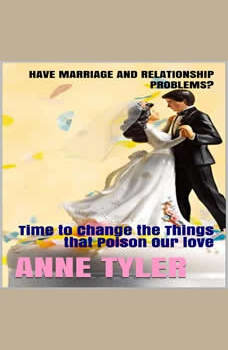 Have Marriage and Relationship Problems?: Time to Change the Things that Poison our Love

Making relationships and Marriages work is a twenty- four job, especially, when letting go seem easier than to fix what is broken. There are too many influences from social media to television that enable people to divorce or break up, making the smallest thing to overcome the hardest to fix. If you are having relationship or marriage problems, or want to detect small problems before they grow, you need this book. Each morning you are blessed to see; you need to be thinking of how you can love your wife, husband or lover a little more than yesterday. In this book, it will help you swallow your pride if you need to forgive, encourage you to love more if you feel ignored or apprehensive, or if you need to build a stronger foundation so you stay in love and committed. In order to make your relationships or marriages strong, first, you need to get rid of the things that poison them, and this book will show you how. ARE YOU READY?