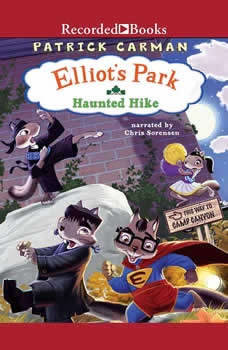 Popular children's author Patrick Carman has captured the imaginations of children everywhere with his Elliot's Park series. In Haunted Hike, playful squirrels Elliot, Chip, Twitch, and all their furry friends are dressed in Halloween costumes and ready for a squirrel hike in Camp Canyon. But the adventure takes a scary turn when the squirrels see a ghost along the way! So the curious bunch sets out to find out whether the ghost is real or just a hoax.