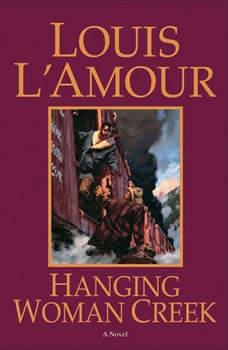 Barnabus Pike is no gunfighter and not much of a street fighter. Eddie Holt is a black boxer in a white man's world. They've both taken their share of hard knocks. Now they're looking to survive a brutal winter in a remote Montana line shack, collect their pay, and settle down for good. Then they cross paths with a hardworking Irish immigrant and his beautiful, spirited sister, who've been burned off their land. It's a fight Pike and Holt don't want, don't need, and don't dare turn their backs on—especially when one of the perpetrators might be one of Pike's old friends. Hunted like animals across the frozen countryside, Pike and Holt will risk everything—including their reputations, their dreams—and their lives.

The Proving Trail
by Louis L'Amour

They tried to tell him that his father had killed himself, but Kearney McRaven knew better. No matter what life had dealt him, his father would go down fighting. And as he delved deeper into the mystery, he learned that just before his father died...