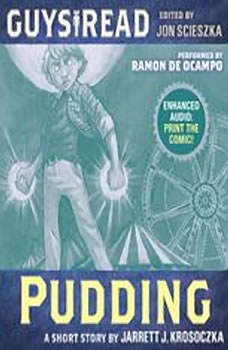 His friends warned him not to try the fried pudding at the carnival, but Dan didn’t listen. A short story in comics from Guys Read: Thriller, edited by Jon Scieszka.