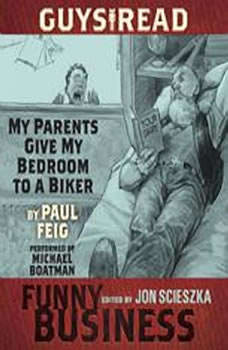 Guys Read: My Parents Give My Bedroom To a Biker: A Story from Guys Read: Funny Business