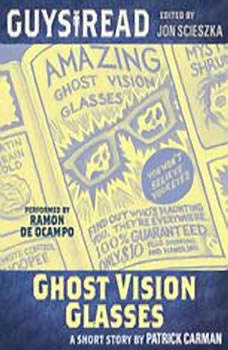 The ad promised you’d be able to see into the spirit world. But they couldn’t work for real . . . could they? A short story from Guys Read: Thriller, edited by Jon Scieszka.