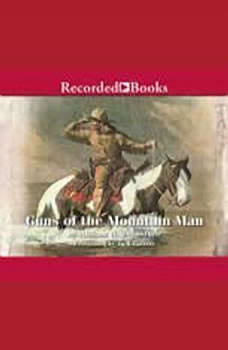 Guns of the Mountain Man

William W. Johnstone is a USA Today best-selling author with over ten million books in print. From his popular Mountain Man series comes another rousing adventure featuring the unbeatable hero Smoke Jensen. A baleful blackcoat with a pistol in one hand and a Bible in the other, Lazarus Cain rides through the countryside claiming to carry out God’s plan. In his ominus wake, he has left one of Smoke’s cowhands fatally injured. Mad as a rattlesnake, Smoke is bent on revenge. Now, not even the Lord can save Lazarus from Smoke’s boiling rage.