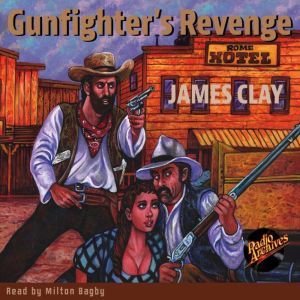 In the dusty town of Creekside, bullets fly and crooked men walk the streets. Wes Torveen, the notorious gunfighter known as One Arm Savage, has been wreaking havoc on the town, killing the men who terrorized him throughout his youth. After Wes saves Maddie Johnson a young woman claiming to be a witch from a vicious gang attack, the two fall in love and make a promise to leave behind their troublesome lives and start anew. They vow to keep their promise secret until after they wed. But they dont know about a shady deal going on behind closed doors that threatens to rip their newly envisioned world apart. Scared witless of their eventual fates, the remaining men who face Wes Torveens wrath concoct a plan to take down the skilled gunfighter before he reaches them, persuading Wess own brother, Owen, to help them. And then the unthinkable happens Wes is gunned down and murdered in cold blood. Maddie mourns her loves death, threatening that he will return to seek vengeance on the men who killed him. So when Stanley Wiggins and Rob Laverty are found dead with a piece of familiar cloth placed over their faces, citizens begin to whisper in terror has Wes Torveen returned from the dead? And will justice be served to those who continue to spread fear and bloodshed? Anything can happen in a Gunfighters Revenge A thrilling western adventure and the perfect tribute to the old west - Tom Casey, bestselling author of Trade Off.